One plant they used was indigo, which is the source of blue aniline dye. They made red from the bodies of wood lice. A vibrant system of marketplaces was serviced by professional traders who bought and sold foodstuffs, clothing, and other items.

We know about the markets through Spanish documents of the early Colonial period. These same documents tell us what crops and goods were produced and traded. The Pipil economic system was characterized by specialization in production. An unusually complete tribute document dated to , less than ten years after the entrada of one of Hernan Cortes's most brutal but effective captains, Pedro de Alvarado, and scarcely five years since the pacification of the region, provides details on economic production in the province of Cuscatlan.

The data in this document indicate that cotton and cotton cloth were the most important items produced for exchange. Many settlements of Cuscatlan produced maize, beans, and chiles for trade in the marketplace. Other items produced by the settlements of Cuscatlan included salt, dried fish, pineapples, honey, and wax. Pipil men served as part-time soldiers, and they were among the fiercest warriors that Alvarado met in the conquest of Central America.

Warfare was endemic in south eastern Mesoamerica during the Postclassic period, and, of course, it was through armed conflict that the Pipil dislodged resident populations and seized territory. Warfare for the Pipils, as for most ancient Mesoamericans, was an expression of political force and an important means of social mobility. Military orders were powerful social and political institutions through which highly specialized warriors achieved fame and recognition.

At the time of the Conquest, the Cuscatlan state was at war with the expansionistic Cakchiquel Maya state centered on Iximche, Guatemala.

The Escuintla Pipil state was also at war with Iximche. Cuscatlan seems to have been encroaching on the territory of the Izalco Pipil state, and at the time of the Conquest Cuscatlan had taken control of two settlements formerly in the domain of Izalco. Weapons included atlatls spearthrowers , lances, bows and arrows, and wooden swords edged with razor-sharp obsidian blades.

Warriors protected themselves with thick padded cotton armor which extended to the waist and sometimes covered the thighs. Alvarado described Pipil warriors in a letter written to Hernan Cortes: "The fields [were] full of warriors with their plumage and insignias and with the offensive and defensive arms. Pipil religion was very similar to that of the Aztecs. Their duties were to perform rituals, to preside over ceremonies, and to act as intermediaries between the gods and the people.

The Pipils worshiped a series of Nahua deities very similar to those of the Aztec pantheon. These deities are well known through ceramic sculptures and figurines, and they are identified through their close affinities with the gods of pre-hispanic central Mexico which are known through the chronicles.

These deities were worshiped on different ritual occasions observed in the sacred calendar of days which was correlated with the solar calendar of days to produce the common Mesoamerican ritual cycle of 52 years. The most remarkable of all Pipil religious ceremonies centered on human sacrifice. Two types of sacrifice ceremonies were described in by the Spanish judge Diego Garcia de Palacio who probably based his account on an earlier source. The first was auto-sacrifice to extract blood offerings for the gods.


The second form of human sacrifice involved the execution of human victims, usually war captives, by specially designated priests. These sacrifices were described in considerable detail by Palacio, and they are also attested by archaeological evidence. It is important to note that human sacrifice is a very ancient Mesoamerican cultural practice. Its elaboration by Nahua groups such as the Pipils or the Aztecs represented an extension of its religious function to the political realm as religious ideology began to play a role in state formation and maintenance.

The Mesoamerican ball game was an important ritual for the Pipils. They built pyramids with staircase sides for their temples. Next to the pyramidal temples were courts for playing the ritual ball game. The ball court was bounded by two large parallel walls with two vertical stone rings, one in the center of each wall. These rings were the goals.

At the opposite end of the court were tiers of seats for spectators. The game was played with a solid rubber ball and players moved the ball with their knees and hips, trying to pass the ball through the stone rings, which was very difficult and rarely occurred. Education was based on the oral transmission of the knowledge obtained through the experiences of past generations. Rulers and priests received formal education in religion and cosmography. Ordinary people probably did not receive a formal education from teachers; rather, they were most likely taught by their parents.

This education must have been very effective, since many cultural expressions are found in archaeological remains and close ties to cultural heritage are still preserved among the indigenous people of Central America today. During the Conquest, the Spanish attempted to erase this earlier culture and religion as "idolatry," particularly through the imposition of Christianity. In June , with the conquest of the Aztecs complete, the Spanish conquistadors looked to the south for new lands of riches. Hernan Cortes dispatched Pedro de Alvarado to Guatemala. He led his Spanish troops and some 5, to 6, native auxiliaries from Mexico down the Pacific coast of Mexico and into the Guatemalan highlands, where they fought bloody battles against the Cakchiquel and Quiche Maya.

After a brief scorched-earth campaign in Guatemala, the Spaniards moved on into El Salvador. Their first battle against the Pipils in El Salvador was near the modern port of Acajutla, on the Pacific coast. The Pipils strategically situated themselves close to a hill. Alvarado determined that his soldiers on horseback would not be able to attack the Pipils efficiently in this position, so he feigned a retreat.

The Pipils, not suspecting that this was a trap, attacked the conquistadores with spears and arrows. They were drawn out of the refuge and into an open field. At this point Alvarado's men turned around and launched an attack on the Pipils. The Pipil warriors wore protective clothing made of very thickly woven, padded cotton. This precaution proved to be fatal. The stiff cotton armor made it very difficult for the Pipil warriors to get up after they fell on the ground. 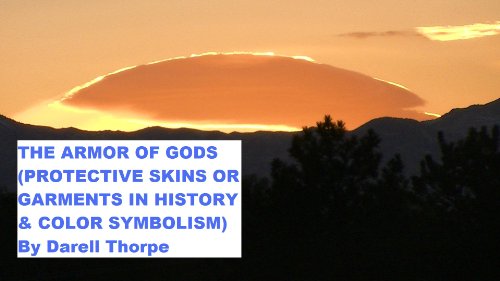 They were at the mercy of their enemy. Alvarado reported in a letter to Cortes that all the Pipil troops in this battle were killed. Spanish losses were also heavy, and Alvarado himself took an arrow in the leg which penetrated his thigh and lodged in his saddle. Five days after the encounter near Acajutla, the Pipils organized another large force near the village of Tacuscalco. Thereafter the Pipils shifted their strategy. Rather than gathering in large numbers to challenge the Spaniards on the open field, they engaged the conquistadores in guerrilla skirmishes.

The Spanish Conquest led to the incorporation of the Pipils into the European world system. A system known as encomienda was established in order to grant land and Indians to Spanish overlords. This institution provided the principal means by which labor and goods could be extracted from Pipil peasants. The most important commercial tribute item was cacao, produced in increasingly large amounts by the Izalco towns.

Important and influential Spaniards received encomienda assignments as a form of pension in reward for their services to the Spanish crown. A small clique of encomenderos who held towns in the Izalco region became extremely wealthy from tribute payments in cacao from the Indians. They not only received the cacao tributes that the Spanish colonial system considered their entitlement, but they also extorted the Indian. One of these cacao lords was said to live as if he ruled his own personal fiefdom. The cacao industry had run its course by the end of the sixteenth century.

Soil exhaustion, overplanting, and climate change combined to bring an end to this lucrative enterprise. By the s, with cacao production already in decline, ranching and indigo blue dye production rapidly became popular pursuits in the former provinces of Izalco and Cuscatlan. Commercial agriculture was closely tied to the decline of most Pipil settlements. In order to survive, many Indians found it necessary to leave their towns and move to the countryside.

This trend had started by the middle of the sixteenth century, but with the rise of indigo production and cattle ranching as primary economic activities many Pipils decided to pass from the villages to the countryside seeking jobs and minimal protection from individual Spanish and ladino owners of ranches and indigo mills. European disease also had a tremendous impact on the Pipil population during the Colonial period.

Three waves of serious epidemic disease struck with tremendous mortality in the sixteenth century: smallpox in , pneumonic plague or typhus in , and smallpox and typhus in Pipil resistance to Spanish rule in the Colonial period took the form of conscious and deliberate adaptation to the new conditions of existence, passive resistance couched in the new terms of economic, social, and political interaction. Revolts against the government did not occur until after independence was granted from Spain, and even then they were relatively small-scale.

What is the full armor of God?

The most serious revolt occurred in as the culmination of the alienation of communal lands that began in The uprising was centered on Izalco. The government's response was the indiscriminate massacre of at least 30, Indians--men, women, and children--over the course of just a few days.

Peasants were rounded up and tied with their arms behind their back and shot.